It’s always the same. Good photographs are all about "showing up," but that alone is no guarantee. My experience is that I need to show up countless times before getting anything worthy. If you’re very lucky, on one of those outings, magic happens and all the images from that moment are worthy. Such was the case with last month’s skiff shot and our island. Who would have thought that such a cloudy morning would be the one, but if you don’t make the effort, it will not happen. 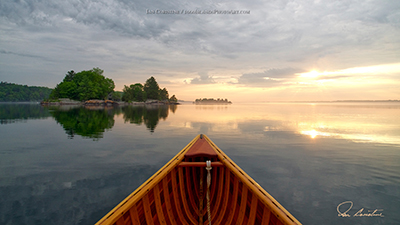 This month’s wallpaper is not of our island and I welcome guesses to try to identify it.

There’s often a story behind each photo. This one begins with Lyne and I up before dawn, heading out in the boat to capture this fall morning’s sea smoke. I switched off the engine to let the water settle, but drifted from where I wanted to be, so turned the key to reposition. No luck. The engine wouldn’t fire. Several tries went unrewarded but Lyne spotted a fisherman and waved for help.

Our rescuer took the bow line and began towing us to a dock just as I saw a V of geese, incoming. I urged him to change course and hurry, which he did, though I hadn’t yet had time to explain what I was up to. I’m guessing he was thinking of dropping this demanding boater’s line, but he hung in there, so this month’s shot is courtesy of Cory House. Our motor problem was easily resolved and we returned to the island without further drama with this being the morning’s reward.

P.S. As always, I’ll mention that we have a couple of vacation rentals available, one on the River, the other in France. However, our French home is likely to go up for sale as we are in the midst of finalizing another. I’m sure many people think we must be wealthy to have a place in France, but that couldn’t be further from the truth. It actually costs surprisingly little to enjoy a very "rich" lifestyle. Perhaps it’s worth explaining the math.

These days, safe investments pay next to nothing, so we parked 115,000 Euro ($120,000 US) in a small, 500-year-old home which we use whenever we wish, then rent it the rest of the time which includes summer when we’d rather be at the island. Summer is prime time in France so the rentals work well. 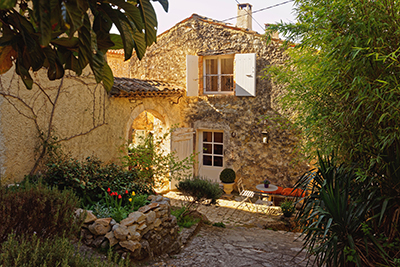 There’s little effort required as we have the rental website in place and a wonderful lady who arranges the place between guests. The net income is more than enough to pay the entire overhead, plus our airfare and car rental as well as providing some spending money. A lot better return than what the bank pays and it’s pretty unlikely the property will lose value.

When it isn’t rented, we have the option of offering it as a home exchange and with the south of France being very desirable, we can pick and choose where we want to go, be it Europe, North America or elsewhere. I can’t think of any other (safe) investment that provides so much return. It would be fun for you to think that I’m smart enough to figure all this out by myself, but it was our friends the Laprades from Honey Bee Island in the Rift who coached us, as they also do this with a French home. Very pleased to say that it has worked every bit as well for us as it has for them. 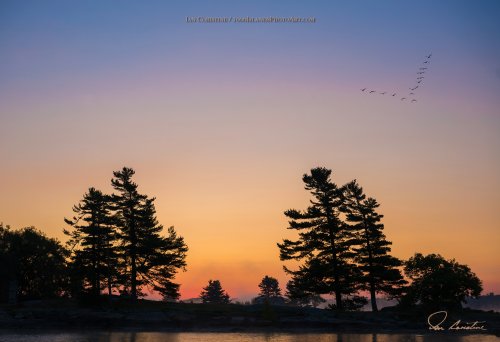